When specifying an imaging based system, one has to deal with resolution requirement : what is the smallest detail we need to acquire ?

Let's consider perfect lenses without aberration : the spatial resolution is only limited by the diffraction. This one produces Airy pattern illustrated bellow. 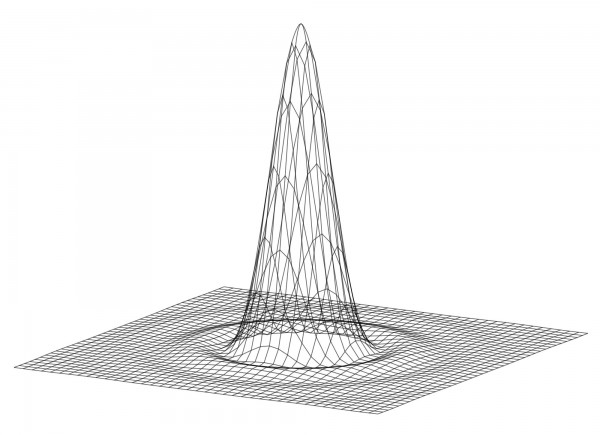 Airy pattern depends on a Bessel function J1 depending on the aperture diameter d.

So the first dark ring occurs for small angles when

And the first bright ring occurs for small angles when

Using approximation of sin(θ) as x/f and the f-number f# defined as f# = f/d, the first dark ring is found for

So, Airy partern spreads out when increasing f#.

When the lens is not perfect, the Airy pattern becomes the Point Spread Function (PSF) describing the response of an imaging system to a point source. 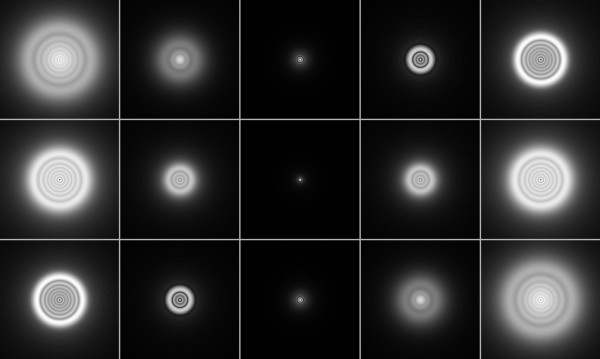 A point source as imaged by a system with negative (top), zero (center), and positive (bottom) spherical aberration. Images to the left are defocused toward the inside, images on the right toward the outside. (wiki)

It is possible to measure the "vanishing resolution" corresponding to 5-10% MTF by looking the highest spatial frequency where USAF 1951 bars are visibly distinct. In this USAF 1951 we the vanishing resolution is reach for the group 8,2.

When considering resolution, a majority of the emphasis is placed on point-to-point lateral resolution in the plane perpendicular to the optical axis. Another important aspect to resolution is the axial (or longitudinal) resolving power of an objective, which is measured parallel to the optical axis and is most often referred to as depth of field.

Depth of field is computed in terms of angular blur as :

Choosing the resolution to be one pixel width (Wpix)

Thus for a given pixel size and magnification, the DOF is only related to the f#.

For instance, Xavier who studies carbonates has a magnification of 1 with MCT pixels of 30 µm.

One thought on “Resolution and depth of field”